Talent America’s "Performer of the Year" and "Top Ten of New York Cabaret" Brian De Lorenzo is an award-winning singer, actor, and songwriter equally at home in nightclubs, concert halls, and theatres. He has traveled from Alaska to England and from the Mediterranean to Mexico to sing for appreciative audiences. 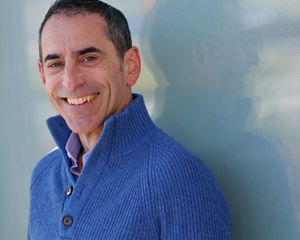 With that in mind he created a cabaret show; and subsequently his first recording Found Treasures, which is primarily songs from lesser known musicals. The recording was nominated for the “Recording of the Year Award” by the Manhattan Association of Cabarets & Clubs (MAC).

Of his latest recording, I Know More Now, entertainment writer John Hoglund said, “De Lorenzo has a penchant for story songs that pack a profound punch. In this regard, he is always committed and gives thrilling interpretations of old and new gems that speak from the soul.”

He is featured extensively on the original cast recording Made in America: Vaudeville Songs, a tribute to the Gumm (Judy Garland) family in which he starred at Don’t Tell Mama in New York City.

In November of 2022, Brian premiered a song he wrote during the pandemic, and plans to release it as a single during the winter of 2023. He is also preparing to go into the studio with a “small big band” for a CD of swing numbers and ballads popular in the ’30s, ’40s, ’50s, and ’60s.

He is a founding member of the Boston Association of Cabaret Artists (BACA) and served as the organization's president for four years. He has also served as vice president (three years) and treasurer, and was editor of their newsletter, BACA News, for more than four years. Brian used to write the column on Boston-area cabaret news for the international cabaret magazine, Cabaret Scenes. He holds a BFA in Musical Theatre from The State University of New York at Fredonia (Fredonia School of Music).